Come on a tour which not only showcases Auckland, New Zealand’s largest city centre but also takes you from one coastline to the other, all in one day.

You get to see iconic and historical city sights, as well as black sandy beaches on our Wild West coast and beautiful white sandy beaches on our East coast. In between you travel across our famous harbour bridge, farmland, forest, vineyards, market gardens and major Auckland suburbs.

We will collect you from the Cruise Ship terminal on Queens or Princes Wharf (or other chosen pick up destination). Let us begin the day with an overview of the city from Auckland’s highest dormant volcano and natural point of Mount Eden . Auckland is known as the city of volcanoes and today you will explore just a few.

We will head up to Bastion Point, located on the west end of the Mission Bay. Its commanding view over the entrance to the sparkling  Waitematā Harbour made it a key site for the defense of Māori settlements and later of Auckland City. Bastion Point is also the location of the Tomb and Memorial Garden for Michael Joseph Savage. He is one of New Zealand’s most popular Prime Ministers and renowned as the architect of the welfare state. From here we will take you to the Village of Parnell, Auckland’s oldest suburb, full of charm and character. Browse the boutiques, visit the Rose Gardens, or relax in a café with a coffee and home made chocolates. Next stop is the Wintergardens  in the Auckland Domain –  Rare and spectacular plants in an ever-changing display can be seen in each of the two barrel-vaulted Victorian style glass houses which face out on to an extensive court yard and sunken pool.  The Auckland Domain is an extinct volcano – Pukekawa, is one of the oldest and largest parks in the region and home to one of Auckland’s main tourist attractions – the War Memorial Museum which sits prominently on the crater rim.

We continue our drive across the iconic Auckland Harbour Bridge, built and opening in 1959. The bridge spans the Waitemata harbour and the views are spectacular. We will arrive in Devonport, a harbour side suburb on the north shore. Devonport is home base for the Royal NZ Navy. This quaint little village is steeped in history and has fantastic views from North Head and Mount Victoria which during the last century was mainly used by the military for coastal defense installation, which left a network of accessible old bunkers and tunnels as its legacy, forming part of the areas attraction.

After lunch we continue across  the city from the white sandy east coast beach  to the black sandy west coast of NZ  to overlook the Manukau harbour . This harbour was an important historical waterway for the early Maori and European settlers. However it has a treacherous narrow entrance and many ships & lives were lost on the bar and in the mid 1800’s when the rail was established this harbour was no longer used as the main port to service Auckland city. We will take you to visit the Arataki Visitor Center high in the Waitakere Ranges which is the gateway to the wild West Coast. Come and enjoy the volcanic black sandy beaches (iron sands), unique indigenous flora and fauna, ancient native rain-forest, including NZ Kauri trees, Pohutukawa (NZ Christmas tree) Silver Ferns and Nikau Palms.

Our return trip to the city will allow a stop at the iconic Auckland Skytower, at 328 meters it is the tallest man made structure in New Zealand.  We recommend you finish your trip here and spend some time enjoying the views  of up to 80 kilometers in all directions, it certainly gives an amazing overall perception of Auckland city. It is just a very short walk back to your cruise ship form here. 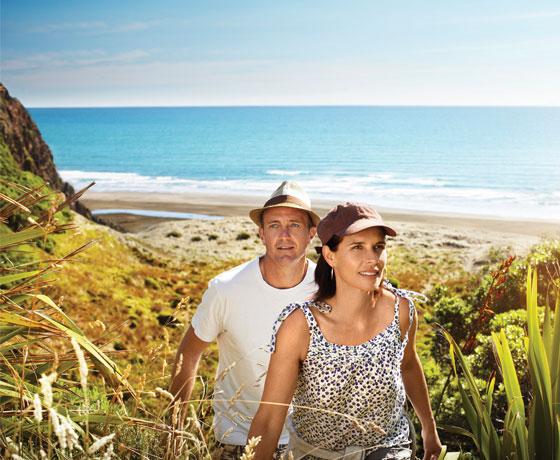 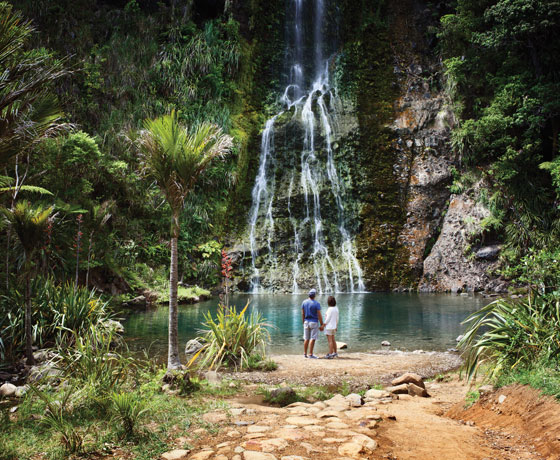 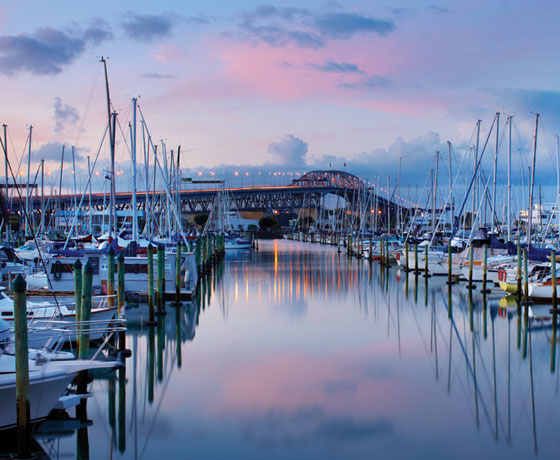