Northland is thought to be the first part of New Zealand to be discovered and walked upon by the early Māori settlers. 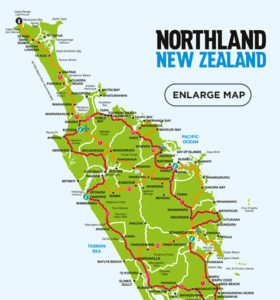 A treaty between the Māori and the Europeans was signed some years later in Waitangi, and Northland became known as the ‘birthplace of a nation’.

So, it is only fitting that we explore this area and unravel some of the stories & places of our early beginnings. The landscape is enriched with signs of a shared history.

Today we head northwards. It is far, far away so just sit back, relax, and let me take care of you. You can enjoy the scenery, the light-hearted conversations, and a lot of laughter. I will ensure we make regular comfort stops with morning tea and lunch supplied en route at some interesting cafes which you do not normally frequent.

Just 1 hour north of Auckland at a place called Wellsford – the north island narrows to just 15km across from coast to coast. The Tasman Sea on the west and the Pacific Ocean on the east. You can now begin to feel you are about to immerse into what makes northland so unique. Our first stop will be Waipu, a small settlement with Scottish heritage, is the perfect place to relax and enjoy the Pacific paradise of Bream Bay. A visit to Waipu Museum is the first story of your tour to unfold, as it tells the unique & inspiring double migration story from Scotland to Canada and then New Zealand.

A remarkably interesting comfort stop will be made in Kawakawa, a quirky wee township and home of the Hundertwasser Toilets. Visitors can not only use the toilets but also explore the museum dedicated to his works, which is a work of art itself.

Whangarei is our destination for days end – —the gateway of Northland.

Whangarei is the only city in the Northland region of New Zealand. It’s home to the Whangarei Falls, which tumble over cliff into a natural pool. Overlooking the city, volcanic Mount Parihaka features a war memorial and the remains of Māori villages. By the Hatea River, the Town Basin is a boat-dotted marina with restaurants, shops and galleries. Nearby, Claphams Clock Museum displays eclectic vintage clocks.  Time will determine all that we can explore here. We will stay in the town basin precinct overlooking the marina.

This morning is just a short drive to Kerikeri – a significant place of our history. Two of New Zealand’s oldest buildings are situated in the Kerikeri Basin. Kemp House and the Stone Store are the only survivors from the Church Missionary Society’s second Anglican mission to New Zealand, founded in 1819 on land granted to the Reverend Samuel Marsden by the powerful Nga Puhi chief, Hongi Hika.

Enroute we must make a stop at Makana Chocolate factory to discover – the finest, most delicious, handcrafted chocolates you will taste.

We will then return to Paihia. The gateway to the Bay of Islands – some 147 subtropical islands and undeveloped beaches, big-game fishing, and Māori cultural artefacts. It is also home to the 19th-century whaling port of Russell, whose waterfront promenade is lined with remnants from its days as the country’s first colonial capital.

There is so much of our early history within this region – so we will attempt to cover the most notable of these places & events with the time we have available.

We will cross to Russell by ferry, a town with many stories to be told.  In the 1830s it was a lawless trading centre where whalers, seafarers and merchants mixed with adventurers, deserters, and escaped convicts from Australia.  Russell holds an important place in New Zealand’s history, being the country’s first seaport, its first European settlement and New Zealand’s first capital in nearby Okiato. New Zealand’s first licensed hotel, bar and restaurant, The Duke of Marlborough is located on the waterfront in the historic village of Russell, and we will enjoy our lunch here today.

But we must carry on – next stop is back across the harbour to the Waitangi Treaty House & grounds.

The Treaty House, or Busby House as it is sometimes known, was the site of some of the most important events in New Zealand’s history. The first flag for the nation was chosen here in 1834; the 1835 Declaration of Independence was drafted in the house by James Busby and presented to the northern chiefs; and the Treaty of Waitangi was given its finishing touches here before being read to the chiefs on 5 February 1840.

Today – we continue our journey north – passing through Kaeo, crossing over the Uruaiti river, skirting past the Mangonui harbour, passing Coopers Beach, then Cable Bay, until we arrive at Taipa, all part of the Doubtless Bay area.

By Māori tradition the first man to arrive in New Zealand in 900AD was Kupe.

His canoe made its landing in Doubtless Bay at Taipa, a name referring to the fence built to divide the rich shellfish beds between two contending Māori chiefs.

Kupe’s landing at Taipa has been commemorated by a monument representing his waka rolling in on the Pacific waves.

At Mangonui, the Ruakaramea canoe was guided into the harbour by a shark. Its chief, Moehuri, named the harbour Mangonui, which means ‘large shark’.

For over a thousand years this area has supported local Māori with its many native plant and animal species, fish and shellfish.

In December 1769 Captain James Cook of the ‘Endeavour’ sailed past the entrance of the bay, recording in his journal that it was ‘doubtless a bay’, hence the name Doubtless Bay.

Only a week later the French ship ‘St Jean Baptiste’ captained by Jean de Surville, took shelter from a storm, and anchored in the bay off the northeast shore of Karikari Peninsula.

In 1792 the first American whaler, Captain Eber Bunker from Nantucket, came into Doubtless Bay on the ‘William and Ann’.

Nearly 500 whaling ships have been recorded arriving into Mangonui between 1833 and 1894.

Māori played an important role not only in the supply of fresh foods to the port but they were sought after as crew for their skills in navigation, seaworthiness and as harpooners.

Alongside the whaling, three other local products were highly valued in world markets: flax, kauri trees and kauri gum.

As we drive through this region on our way to the very top of our country – you will be in awe of its beauty.

Cape Reinga really is in the middle of nowhere – the nearest small town is 100 km south.

We will drive for a couple of hours through rolling green hills and pastures dotted with sheep – until you reach the end of the road. Eventually, you will be perched on a rocky vantage point, surrounded by vast blue ocean on all sides.

An ancient Pohutukawa tree and a lonely lighthouse mark this special place. On this northernmost tip of the Aupouri Peninsula, you will find a remote spot where two oceans meet, and Māori spirits return to their ancestral homeland.

In the Māori Language, the name of this location means “Leaping Off Place of Spirits.” The Māori believe that the Cape is where the spirits of their dead leap from the world of the living into the underworld. They turn back for one final glance at Three Kings Island, before continuing their journey homeward to Hawaiki.

Today, you will have the experience of walking out to the lighthouse vantage point. The lighthouse was first used in May 1941, Te Rerenga Wairua was the last watched lighthouse to be built in New Zealand. Standing at an impressive 10m in height and 165m above sea level, it is one of New Zealand’s iconic landmarks.

On our return from the very tip of the north island we will pass through Kaitaia, a small town which relies on forestry & tourism as its main industries, Ahipara at the southern end of 90mile beach, and the Herekino Forest. We are heading towards Kohukohu – to board the Hokianga Vehicle Ferry. It is a noticeably short sailing across the Hokianga harbour to Rawene, linking the two sides of the remote Hokianga on Northland’s west coast.

After disembarking the ferry in Rawene it is just a 15 min drive to Opononi where we will spend the night.

Opononi became famous in summer 1955 – 1956. A wild female dolphin swam into the harbour and played with the swimmers on the beach. She was featured on television and became a famous national icon. Her stay among mankind was short. She was found dead among the rocks on the north side of the harbour. Her statue stands outside the Opononi Hotel and her grave is just a few meters away.

This morning we begin with a visit Manea – the Footprints of Kupe – a multisensory journey of guided storytelling with digital interaction and splendour of the Hokianga, across 5 giant screens.

Then it is off to visit Tāne Mahuta in the flesh. Also called “God of the Forest”, is a giant kauri tree in the Waipoua Forest of Northland Region. Its age is unknown but is estimated to be between 1,250 and 2,500 years. It is the largest kauri known to stand today.

Next stop today is Kai Iwi lakes – known as Northland’s Shining Jewel – these lakes are basin-type dune lakes formed by the accumulation of rainwater in depressions of sand. Underlying ironstone prevents the water from leaking away. Each of the three lakes is fringed with pure white sand and there are shallow areas that are ideal for swimming.

Dargaville – heart of the Kauri Coast. The Kauri Coast here in the west offers a stunning scenic contrast to the eastern coastline which we have already traversed on our way up north. Our return journey has taken us west. The west is known for its unforgiving coastline and incredible history. Home to the world’s oldest and largest ancient kauri trees, our nation’s largest harbour & longest drivable beach, prehistoric rock formations, crystal clear freshwater lakes, … the list goes on and all in the warmth of ‘winterless’ Northland.

A fantastic place to stop for lunch.

Matakohe – is situated on the upper reaches of the Kaipara Harbour. The award-winning Kauri Museum is a must-see destination/attraction. It tells the story of the kauri tree and the people who developed industries to harvest the rich resources of our ancient kauri forests.

Experience the kauri story of the past, understand its present and be part of the kauri tree’s future.

Warkworth – last stop for the day. Warkworth – a peaceful historic village sitting at the edge of the tranquil Mahurangi River. With giant Kauri towering in the background – you can just imagine why this river was such an important place of transport before roads were built.

Tonight, we have chosen a historic hotel as your place of rest.

This morning starts your day leisurely, with a sleep in and relax over breakfast. Then take time to peruse the shopping centre of Warkworth or the little local museum before we depart homewards.

It is with sadness we leave the warmth of the winterless north and head southwards, but there is always a little bit of excitement returning home after a wonderful break away.

Feeling rested and renewed and invigorated, you will have so much to share with others when you are back home. Photos and memories inspire you to look forward and start planning your next break away. 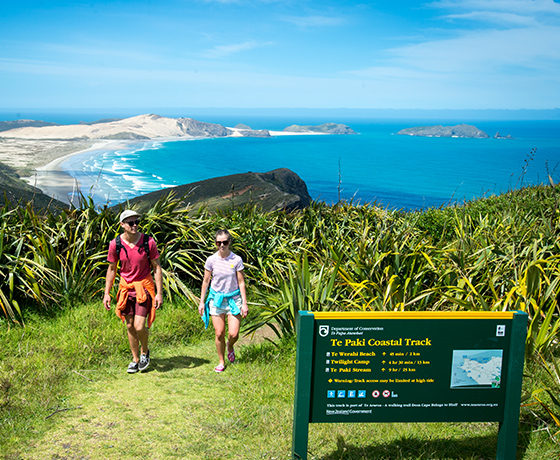 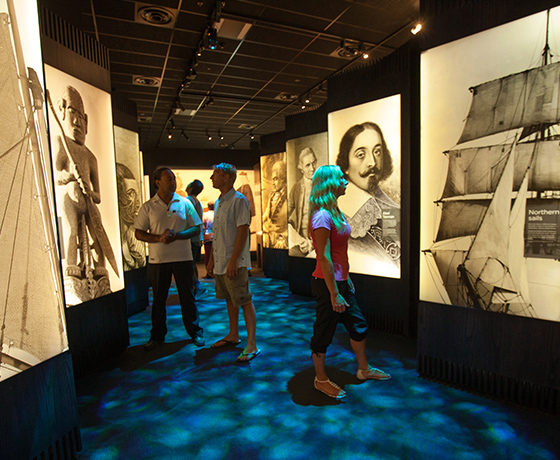 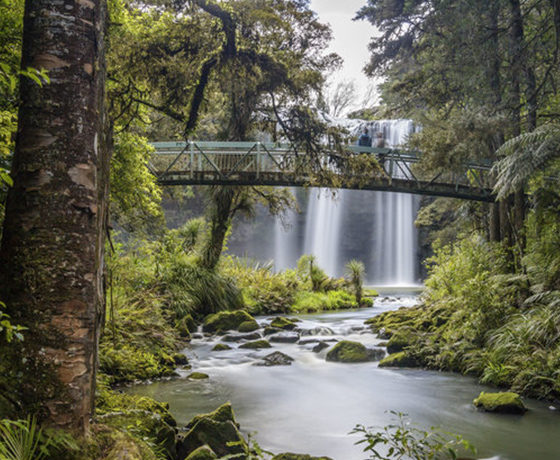 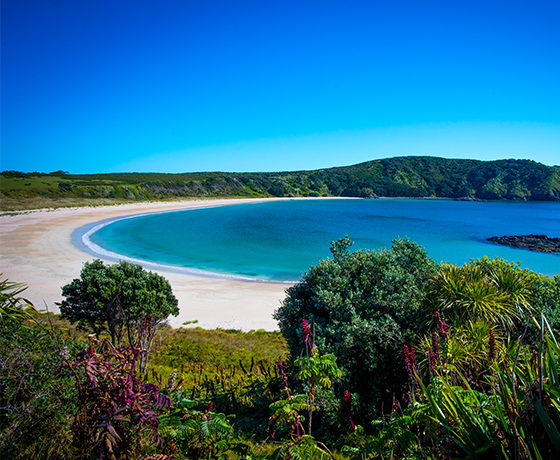 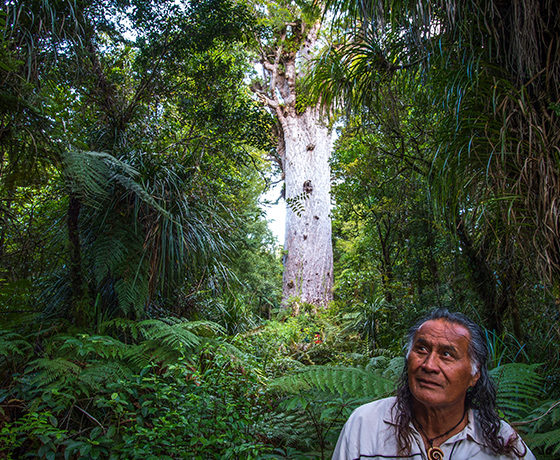 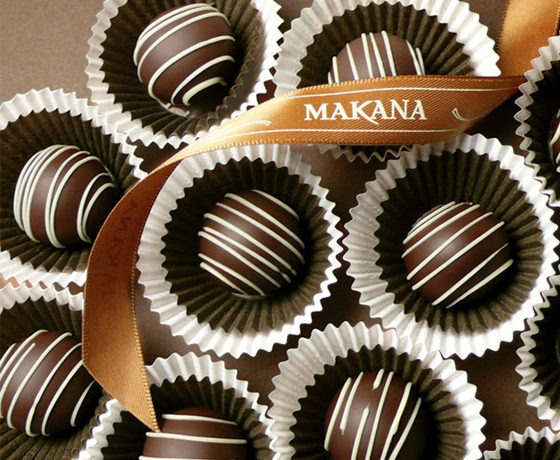 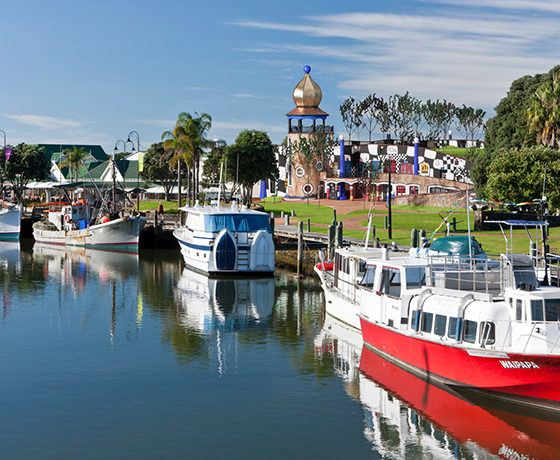 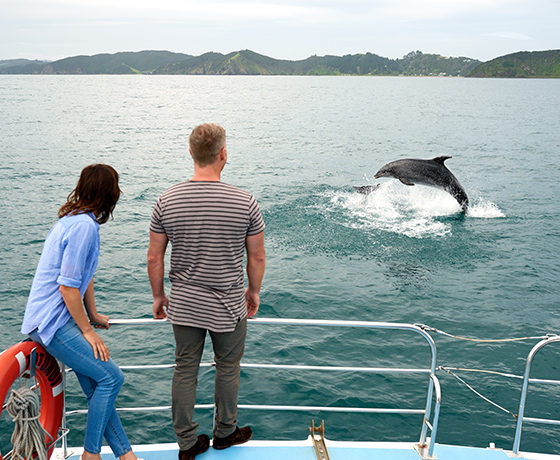 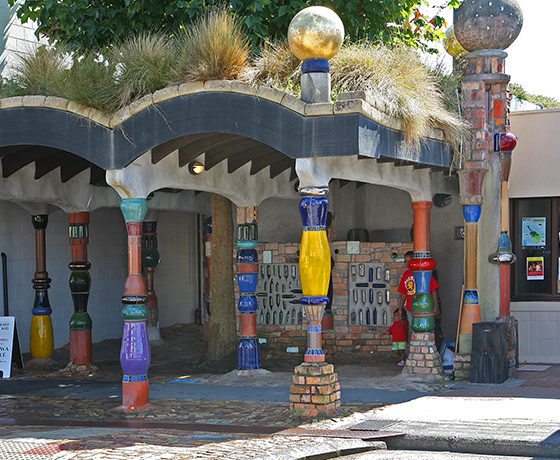 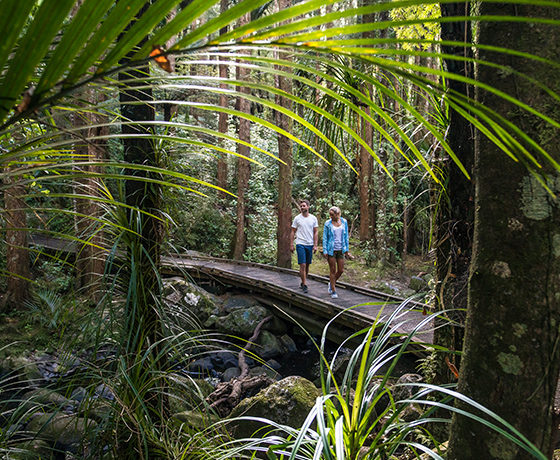 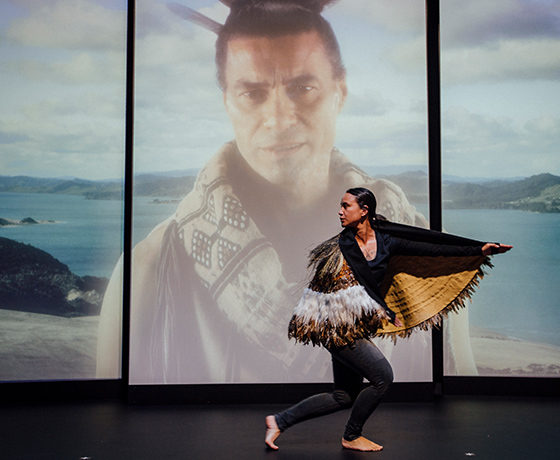