Escape to the Kaipara Harbour

Escape to the Kaipara Harbour region

3350kms of harbour coastline to explore.

Old Man Kaipara – A century ago, the Kaipara was one of the country’s major waterways—a bustling conduit through which the vast kauri forests of the lower north were siphoned from the land. With the passing of the forest, the area became something of a backwater, the domain of farmer and fisherman. Little has changed; the harbour remains mighty in strength, meek in status. Kaipara Harbour, a historic harbour on the west coast of New Zealand, lies north of Auckland and is one of the largest harbours in the world. Several large sea arms extend into the interior of the harbour and five rivers and over a hundred streams feed into it, creating large estuaries and mudflats at low tide. This is a perfect home for diverse seafood, shore birds and the endangered New Zealand Fernbird. The harbour entrance to the Tasman Sea has a narrow width and deep channels, which make for treacherous tidal variations at times and with many changing sandbanks underwater, the harbour head is considered a hostile place and referred to as “the graveyard”. This graveyard is responsible for more shipwrecks than any other place in New Zealand, so a lighthouse was built in 1884 at the northern arm of the entrance and now fully automated, is still there today. The Kaipara is now rarely used for shipping but boating and fishing within the harbour is very popular. We are very excited to take you to this beautiful region of North Auckland and the feature of this tour will be a cruise over the harbour to see its old-world charm.

We will start this adventure and head out west of Auckland.   We will make a morning tea stop prior to the Auckland area, then a lunch stop will be at Soljans Winery & Café, northwest of Auckland city.

Over 80 years ago, the first delicate grapevine was planted in a West Auckland field. That grapevine grew into the family winery that is still standing today.
In fact, very few wineries in New Zealand can claim to have a prouder winemaking heritage than Soljans. They are the third oldest winery in New Zealand that is still owned and operated by the original family.
From past to present, the story of how they came to be is inspiring, branching across two continents and three generations.

Chapter one begins centuries ago in the little town of Stari Grad, on the island of Hvar in Croatia. It was here, from the cobbled streets, charming buildings and picturesque setting, that their family’s winemaking tradition first started.

The café boasts Mediterranean-style food with a Kiwi Twist. Their menu changes from Summer to Winter, allowing the Chefs to showcase local fresh produce. Surrounded by grape vines makes this a very pleasant place to enjoy your lunch. Wine tasting is available also.

After lunch we peruse the west coast beaches. These beaches are lined with black sand and spectacular pounding waves always considered wilder than the east coast and making a wonderful background for every vista. Today we take a side journey to Muriwai and see how many Gannets and their babies have not left our shores yet for their annual flight back to Australia at this time of year.

This afternoon we will finish the day at our accommodation in Parakai.  Renown for its geothermal hot springs. With pools boasting temperatures of 32 – 40 deg to soak in this evening.  Make sure you pack your swimming togs.

It is also the southern end of the Kaipara harbour. Where tomorrows adventure will begin.

Settle into your room and have some relax time before dinner.

This second day of our tour is all about the Kaipara and you will embark on the M. V. Kewpie Too.  We will be taken on a pleasant harbour cruise with bush lined rivers, sandy harbour beaches and remote settlements on board this comfortable, roomy, two level 54 ft motorised vessel, with facilities, galley, and indoor and outdoor seating.

Today is a voyage of discovery – retracing the old steamer and sailing ship routes across the Kaipara Harbour beyond Shelley Beach. We will dock at Shelley Beach for a time to explore and enjoy some lunch at the local jetty licenced café. Approx.  4 hours on the water today, enjoying the beauty and history of New Zealand’s largest inland waterway with a full commentary.

The Kaipara Harbour is broad and mostly shallow, as it is formed from a system of drowned river valleys. The harbour shoreline is convoluted by the entry of many rivers and streams and is about 800 kilometres (500 mi) long, being the drainage catchment for about 640,000 ha of land.

The harbour entrance is a channel to the Tasman Sea, its narrow & hostile.

According to Māori tradition, the name Kaipara had its origins back in the 15th century when the Arawa chief, Kahumatamomoe, travelled to the Kaipara to visit his nephew at Pouto. At a feast, he was so impressed with the cooked root of the para fern, that he gave the name Kai-para to the district.

On return to Helensville dock, we continue our journey of exploration by road and ponder the lives of the early settlers of the Kaipara as we make our way to Dargaville.

Dargaville – The town was named after timber merchant and politician Joseph Dargaville.  It became known for a thriving industry that included gum digging and kauri logging, which was based mainly at Te Kōpuru, several kilometres south on the banks of the Northern Wairoa river. The river was used to transport the huge logs downstream to shipbuilders and as a primary means of transport to Auckland.

No trip to this region is complete until you visit & peruse the Matakohe Kauri museum.  This morning before we begin our homeward journey – we will take a quick trip out to Bayleys Beach – the gateway to Ripiro Beach, New Zealand’s longest driveable beach. This 100km long beach is backed by high, golden sand dunes and is the site of many shipwrecks. Many of the salvaged shipwreck relics are now on display in the Dargaville Museum and a commemoration plaque has been erected as a lookout on the road down to Baylys Beach.

Its then off to spend some time in the wonderful Matakohe Kauri museum and experience what it must have been like for the local Kauri Gum Diggers.

Another remarkably interesting place to visit here is the Coates Memorial Church –Joseph Gordon Coates is the only New Zealand politician ever to have a church dedicated to him. Built by the government on behalf of the people in 1950, in memory of Joseph Coates for his services as a MP , a soldier & Prime Minister of New Zealand.

As we continue our homeward journey – we take a little detour to Silverdale’s Snow Planet for lunch.

Snow Planet has over 8,000 square metres of real snow, there is plenty of room for skiing, snowboarding, snowtubing and games.

However, there is a really comfy restaurant on site too, complete with large windows & snow views, where you can relax and enjoy the high jinks of what is happening out on the snow. Just imagine yourself in the winter wonderland of the Swiss Alps.

This will be something a little different for you to experience.

This is a short break away to get you out of the house, recharge your batteries, learn a little about another region or two, enjoy some fellowship and have a few laughs along the way.

The Kaipara Harbour is so vast with so many tributaries leading into it which makes it difficult to visit them all in such a short time – therefore we have chosen just a few main places to visit and will reflect on the other significant places en route. We will start at the bottom of the harbour reach at Parakai, cruise from here then visit from the top end of the harbour at Dargaville by road. 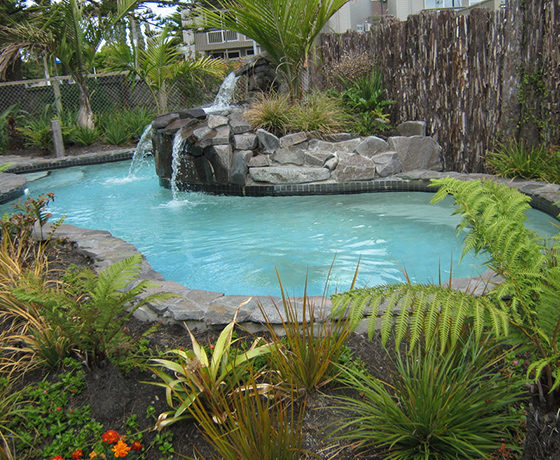 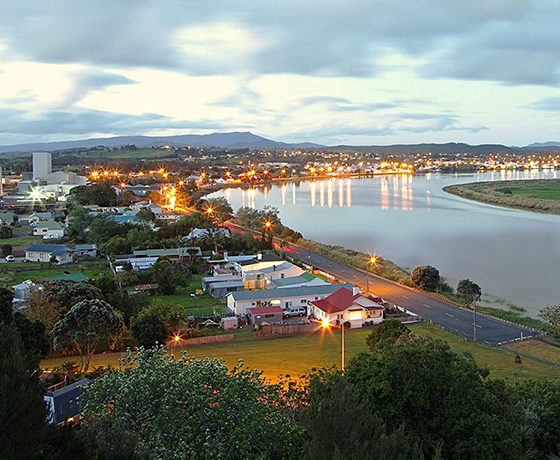 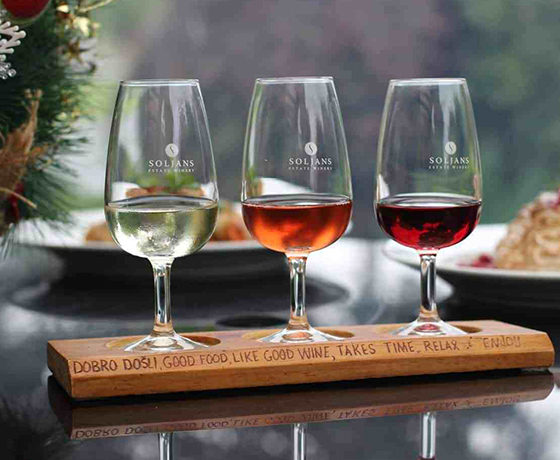 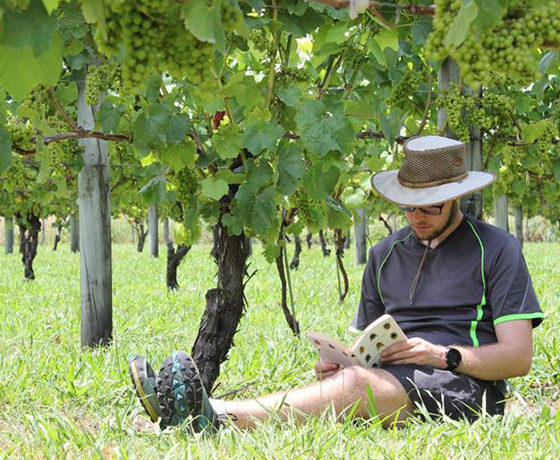 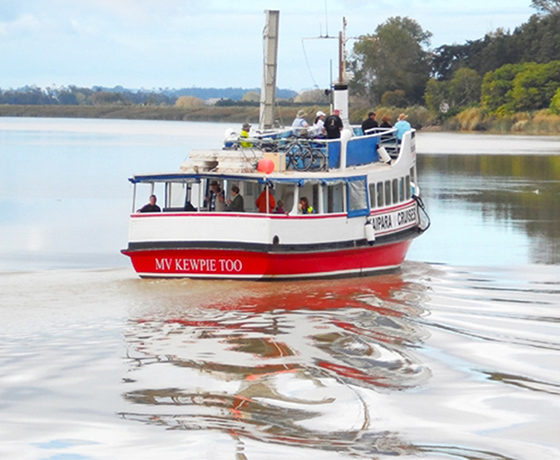 Booking for Escape to the Kaipara Harbour