Regular Departure time  is 10.oo am

We run ALL our tours to fit with cruise ships arrival & departure times. This means that sometimes we will need to move departure time to suit. You will be instructed clearly about this on your tour voucher.

Departure place is dockside at bottom of gangway so please

DO NOT TAKE SHUTTLE INTO CITY CENTRE.

We meet you inside the port of Wellington, which is located right in the heart of Wellington CBD. We start your tour by passing the beautiful Law School Buildings, designed in the classically-derived Italian Renaissance revival style. Like many colonial buildings of the era, it was built to resemble a stone palace. This was to convey strength and stability in a young country undergoing rapid growth and change. It features include two staircases, eight vaults, 143 rooms, 126 fireplaces, 22 chimneys, two hydraulic lifts, 64 toilets, eight verandas and seven porticos. Government ministers used the building during Parliament’s recess until 1921. We stop outside the iconic “Beehive” Executive Wing of New Zealand’s Parliament Buildings, for a quick photo opportunity, before heading up to the neo-gothic Old St. Paul’s – a gorgeous wooden cathedral – still sacred, welcoming to all, and a tranquil sanctuary in the heart of the bustling capital.

From here we head down to Lambton Quay to catch the Wellington Cable Car – New Zealand’s only public operating cable car. At the top you have time to visit the Cable Car Museum, grab a coffee and take advantage of the spectacular views before your driver collects you, and via Courtenay Place – Wellington’s entertainment heartland, and St Gerard’s Monastery – built in 1932, funded by public donations, constructed as a home for the Redemptorists, and one of Wellington’s most distinctive and iconic landmarks.  We then continue our climb up to Mount Victoria Lookout for another 360-degree stunning view. After the photographic opportunity, we pass through the green belt to Miramars’ Art Deco Roxy Cinema Café or local bakery for a lunch stop (own cost).

After we have all refueled and rejuvenated we then head out to visit Peter Jackson’s Weta Cave, where you get to view the original Lord of The Rings props and memorabilia from LOTR, King Kong, and Avatar, and stand amongst the Orc’s for a photo.

From there we take the coastal route, via Lyall Bay and Island Bay, with views to the South Island, and stop at the informative Te Kopahou Visitor Centre on the south coast – (where seals can sometimes be seen).

Your next stop is Te Papa National Museum by way of the main streets of Wellington City, including a glance at the iconic Basin Reserve Cricket ground and other landmarks. You will have a good hour to wander around Te Papa Museum, with the Gallipoli Exhibition like no other. Te Papa joined with Weta Workshop on this project, crafting the story of eight ordinary New Zealander’s who found themselves in extraordinary circumstances. From here we depart and transfer you back shipside in plenty of time for your ships’ sailing. 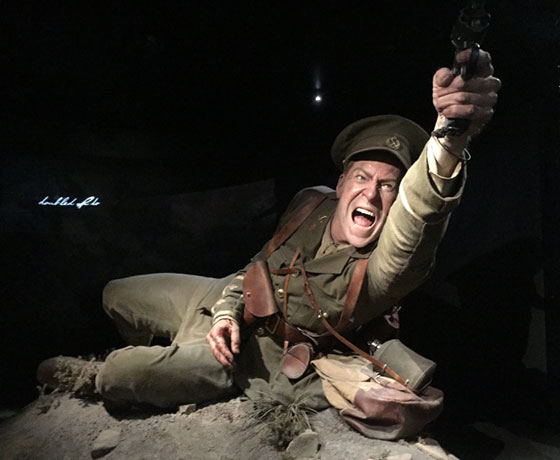 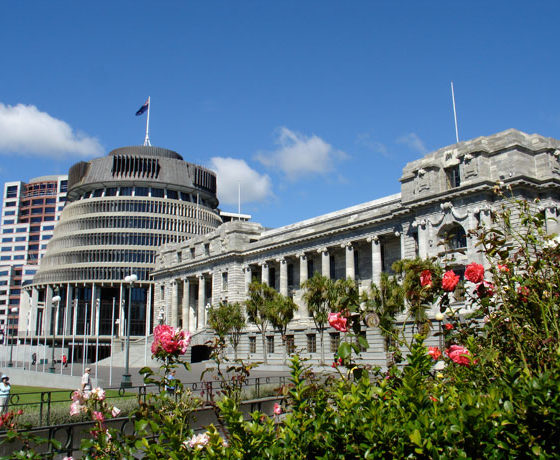