a great place to end your summer.

When we talk about Northland – we generally conjure up thoughts of the far north or Paihia, and do not generally think of Warkworth. For the next 4 days we are going to help you explore the peninsula from Warkworth to GulfHarbour which will include Kawau and Tiritiri Matangi Islands.

We may even catch a glimpse of the America’s Cup racing on our travels.

Warkworth is the area at the head of the Mahurangi River and was known by Māori as Puhinui. Warkworth, also previously known as Browns Mill, was founded in 1853 by John Anderson Brown who named it after the village of Warkworth, Northumberland, where one of his relatives had taught for many years. In 1853 the government finished surveying the district and began to offer the land for sale. John Anderson Brown and his daughter Amelia purchased a huge amount of the land. Went about surveying into small plots and sold them off. Bridge House Lodge, established on the site of John Anderson Brown’s home is next door to the Warkworth Bridge, and is the oldest surviving building in Warkworth.

Guess where we are staying?

Early industry in the region included logging of kauri and other timbers, flour milling and boatbuilding. You will see some fine examples of history as we immerse ourselves into this region.

No tour is complete within this region until you have enjoyed the Royal Mail Run Cruise, which has over 75 wharves to service at any given day. Climb aboard, sit back, and enjoy your time on the Gulf and chatting with locals as we deliver not only their mail but other goods as well. Then spend some of the afternoon on the magical Kawau Island. This historical 8km x 5km Island is located 40 km north of Auckland and was originally the site of a copper mine in the 1840’s.  The Governor of New Zealand Sir George Grey bought Kawau Island in 1862 and made the island his retirement home.  When the copper mine closed, he had the mine manager’s house extended and it became known as “Mansion House.” Wander the grounds and see the wide range of exotic tress planted by Grey as well as sea birds and wildlife. Enjoy a lovely BBQ onboard for lunch.

This will be an exciting few day of history, adventure, and beauty.

Depart Tauranga in the morning heading northward.  First stop enroute is morning tea and a comfort stop. We will then pass-through Auckland and wander off the coastal route to visit Couldrey House & Garden which is situated within the Wenderholm Regional park. Wenderholm was sold to Auckland (Regional) Authority in 1965 and became Auckland’s first Regional

Park, opening to the public that same year. The Couldrey’s remained in the House until 1973, after which it reverted to the Council.

Couldrey House is an historic Victorian-Edwardian family home set in a beautiful garden within Wenderholm Regional Park.  This gracious colonial house sits between Wenderholm Beach and the Puhoi river. Fully furnished in a mixture of styles reflecting the eras and preoccupations of some notable past owners, the two-storey house has nine rooms on display.

After we finish wandering about this spectacular home & garden, we will drive a short distance to Puhoi Café & Cheese. Here you will enjoy a Ploughman’s Platter with some divine Puhoi cheeses. Puhoi has some wonderful history. It was settled by Europeans in 1863 by a group of German-speaking migrants from Staab (modern Stod) in Bohemia, under the leadership of Captain Martin Krippner. This has given it the appellation of “Bohemian Settlement”. Altogether three batches of migrants arrived between 1863 and 1866.

The migrants were allocated parcels of land by the colonial government. However, when the migrants arrived, the land was covered with forest, which they had to set about clearing before they could begin to use the land.

After lunch is enjoyed – its on to Warkworth, where we will be staying for next two nights.

Warkworth acts as a gateway to the stunning beach and wine areas to the north east of Auckland. Poised at the edge of the Mahurangi River, it is a pretty town with an interesting choice of restaurants and accommodation. About 130 scows used to ply New Zealand’s waters, mostly as transport ‘workhorses’. The Jane Gifford is the country’s last remaining rigged sailing scow. Hopefully, we can enjoy an excursion on the “Jane Gifford”.  While in Warkworth we will visit the Parry Kauri Park and see the remains of the Warkworth cement works.

This morning we drive up the road to Sandspit and join the Kawau Ferry which does the Royal Mail Run Cruise @ 10.30.

This is the largest mail run by water in the Southern Hemisphere and is a delightfully relaxing way to learn about the history and admire the natural beauty of Kawau Island. Cruise the beautiful bays, gaining a rare glimpse into life on an island that has no roads. From the comfort of our large and luxurious ferry you will have uninterrupted views of this scenic wonderland and historic landmarks, while your experienced and informative skipper guides you around over 75 different wharves delivering freight and mail to the island residents.

While on the mail run, you can watch Gannet birds diving for food and hear the melodic call of the Tui bird – don’t forget to keep a watch out for penguins & dolphins!

A traditional kiwi BBQ lunch enjoyed aboard the boat, then go ashore and enjoy it in the historic Mansion House grounds and subtropical gardens, where Wekas, Wallabies & Peacocks abound.

On your return we will take a short drive up to peruse Matakana. A remarkably interesting village full of artisan products.

In 2002 locals Richard and Christine Didsbury purchased the old Matakana timber yard, with a vision to transform the blink-and-you’ll-miss-it rural service spot into a destination village with heart. A place to escape the hustle and bustle of the city and enjoy special times with family and friends.

Today the result is a world-class village with small town charm, full of beautifully landscaped open spaces and gathering places for the vibrant local community.

We may have a light dinner up here in the village tonight with Rusty.

This morning we are up early to drive to Gulf Harbour – 40 mins away.

Tiritiri Matangi.    This island is a beautiful wildlife sanctuary for New Zealand’s native and coastal birds situated in the Hauraki Gulf. The island is a protected haven for native and endangered species, and is a nature lover’s paradise, particularly for avid birdwatchers.

From the moment you step onto the island to the moment you leave; you’ll be serenaded by bird songs while exploring walking tracks through native bush and coastal forests.

As well as wonderful wildlife, Tiritiri Matangi has a 150-year-old lighthouse, a Visitor Centre, some great walks, views and beaches. Only a 10-minute walk from the wharf is the unspoiled Hobbs Beach. It’s the perfect spot for a picnic or a swim on a warm summer day.

You will start your morning with a guided walk which finishes at the Tiritiri Visitor Centre where there are informative displays and a great gift shop with complimentary tea and coffee. All profits from the shop go back to supporting the conservation and education programmes on the island. There are plenty of tables outside to have your lunch and if it is wet there is plenty of room inside the Visitor Centre.

There are no rubbish bins on pest-free islands. Please remember to take all your rubbish, including leftover food, off the island with you.

After a day on the island, you will arrive back at downtown Auckland city where you spend your last night. We can explore the Viaduct and check out the America’s cup contenders. We have a prime location to stay in.  We may even see the Americas Cup boats out on the harbour.

Just soak up the atmosphere.

Overnight in “The Hilton”

After breakfast – just wander the waterfront, or across to Commercial Bay shopping zone for some retail therapy before we depart homeward.

We will drive down to Mission Bay, up to Bastian Point then through the Auckland Domain, take a short stop to look at the Wintergardens then depart the city of sails for home. 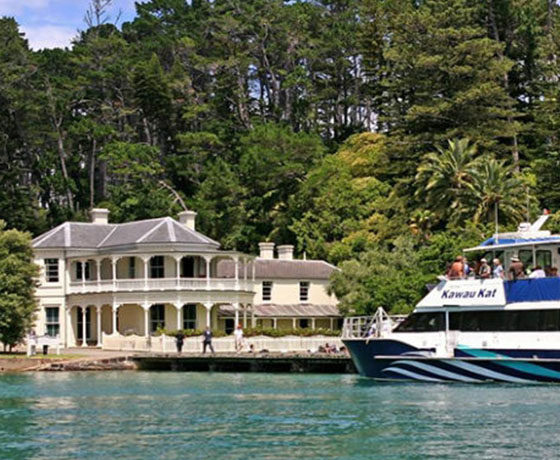 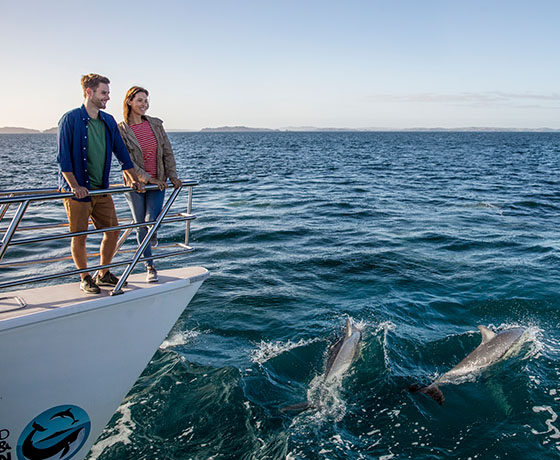 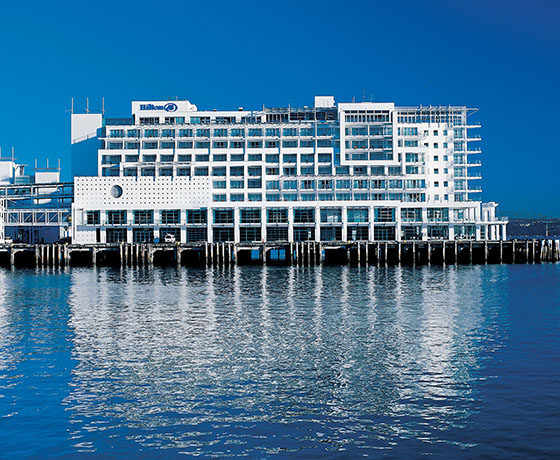 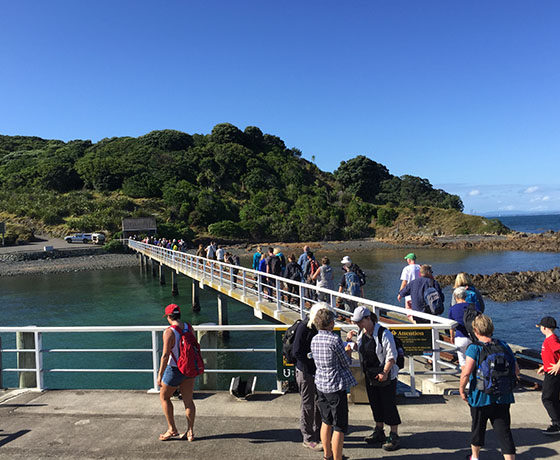 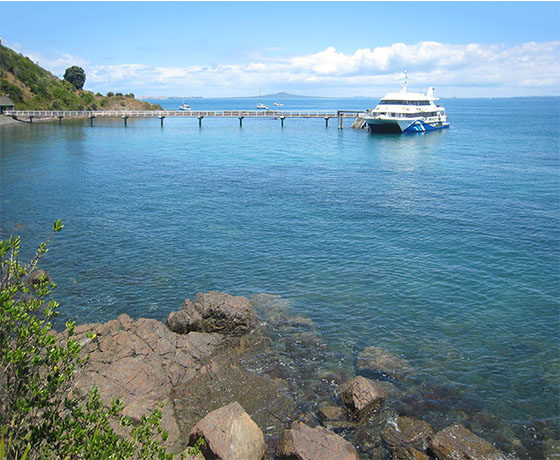 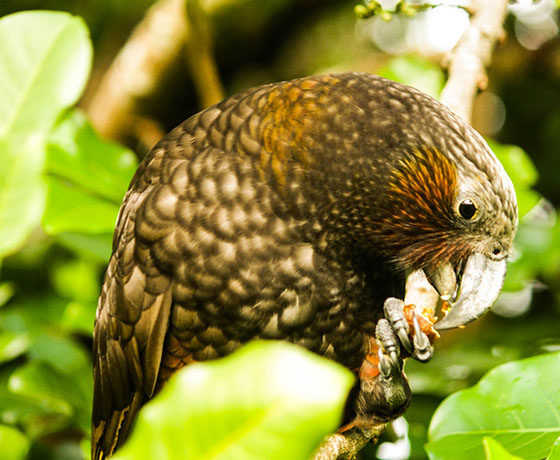 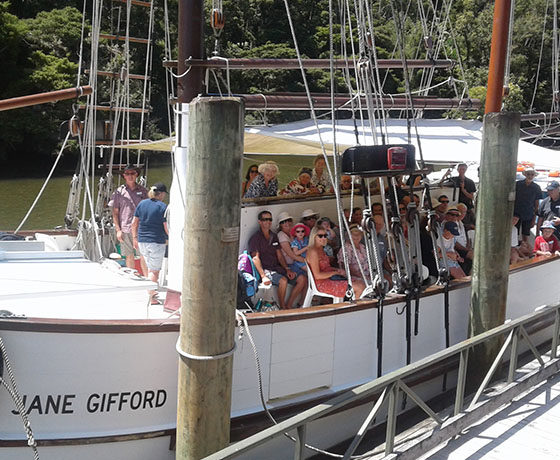 Escape to the Kaipara Harbour