ANZAC Day – from our bubble 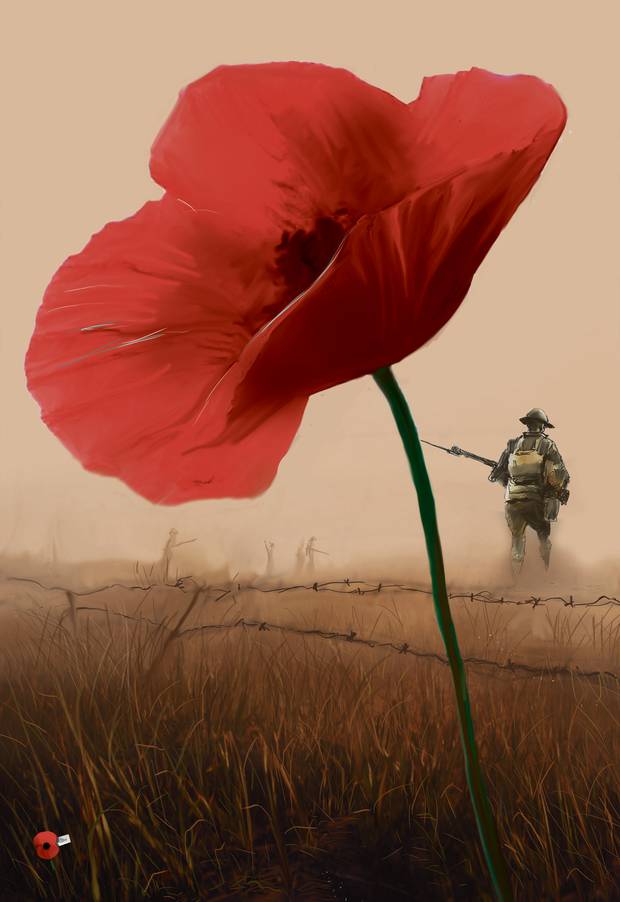 Well – ANZAC Day – 25th April 2020 was certainly celebrated different to any other – like Easter it can’t be cancelled so we had to find another way to celebrate it.  Prime Ministry – Jacinda Ardern invited us all to rise early and stand at the end of our respective driveways or next to our letterboxes to commemorate and pay tribute  to those Australian & New Zealanders who served together at Gallipoli in WW1 whom we “will never forget”.

This morning our street was blessed with many of us standing in the dark with little lights flickering – some read a poem, or a verse out load  so we could all hear, then one played the bagpipes and another finished with The Last Post – the  dawn broke and the sky lit up with brilliant orange & reds.   I must confess it was an emotional morning – very personal but incredibly special – just like the day I stood on the shores of Gallipoli – some years ago.

Having travelled from Turkey by road – then across the Dardanelles by ferry to Gallipoli –  our first stop was to  visit the museum – which was in itself extremely sobering, then to stand on the shores of ANZAC Cove and let our minds wander – one could only try to imagine what it would have been  like during those months of battle.  To walk through the gravestones at Lone Pine up to the cenotaph and lay a poppy on the stone which overlooks the bay is a very emotional event. This was one time when you are proud to be a kiwi and extremely grateful to all those who fought the battle. For as far as you can see, all these graves and plaques around you– belong to young Australian & New Zealand men, who so bravely fought so far away on these shores.

WW1 – In 1915, the Allies launched a plan to attack the Ottoman capital of Constantinople (Istanbul), and knock the Ottoman Empire out of the war. Initial attempts by British and French warships to clear the underwater mines and coastal batteries protecting the straits failed.

Rather than concede defeat, the Allies despatched the Mediterranean Expeditionary Force (MEF) to capture the Gallipoli Peninsula and destroy the Ottoman defences holding up the naval operation. On 25 April, the British 29th Division landed at five beaches on the southern tip of the peninsula and tried to capture the heights of Achi Baba . At the same time, a French colonial division launched a diversionary attack at Kum Kale on the Asiatic side of the straits.

The Australian and New Zealand Army Corps (ANZAC) made a separate landing around 20 km to the north at Ari Burnu (later known as Anzac Cove). Their job was to secure the Sari Bair Range, culminating in the capture of Mal Tepe, a hill overlooking the main north-south road along the peninsula.

Defending Gallipoli and the Asiatic side of the straits were units from the Ottoman Fifth Army.

By 28 April, the two sides had fought themselves to a standstill. While the British and Anzacs had managed to establish beachheads at Cape Helles and Ari Burnu (ANZAC Cove), they had not achieved their other objectives. The Ottoman defenders had been unable to push the invaders back into the sea.

Today New Zealand and Australia stand together in times of adversity – and the Turks call us their Johnny’s.

Mustafa Kemal – led the counter attack by the  Ottoman soldiers –  due to his outstanding roles during battles he later became founder of the Republic of Turkey and their first President.

Those heroes who shed their blood and lost their lives! You are now lying in the soil of a friendly country. Therefore, rest in peace. There is no difference between the Johnnies and Mehmet’s to us where they lie side by side here in this country of ours. You, the mothers, who sent their sons from far away countries wipe away your tears; your sons are now lying in our bosom and are in peace. After having lost their lives on this land they have become our sons as well.
Atatürk, 1934

Memories of standing at ANZAC Cove reading this will remain with me forever.

Outlook for Cruises to New Zealand

Confessions of my tour guides in Lockdown Level 4