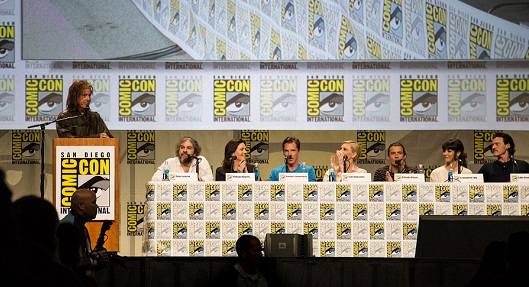 New Zealand is about to become the talk of fantasy enthusiasts around the world, with the call going out globally to find fans keen to take an ultimate Middle-earth journey to New Zealand.

Gearing up for the December 17, 2014, release of The Hobbit: The Battle of the Five Armies, Tourism New Zealand and Air New Zealand, in conjunction with New Line Cinema, Metro-Goldwyn-Mayer Pictures and Warner Bros. Pictures, today announced The Hobbit Fan Fellowship Contest before 6,500 fans at Comic-Con International, an entertainment and comic convention in San Diego.

The contest will decide 75 lucky winners who can each take a friend to New Zealand flying with Air New Zealand, the airline to Middle-earth.

The first two winners have already been picked from the crowd at Comic-Con following the announcement.

They will spend a week journeying to famous filming locations and tourist hotspots throughout New Zealand, culminating in the ultimate experience for every Hobbit fan – a private screening of the final film with Sir Peter Jackson himself.

Travelling alongside the fans will be international travel media from Tourism New Zealand’s key visitor markets, who will document the winners amazing journeys through New Zealand.

“We’ve had some great successes to date and over the coming months will continue to show how the fantasy of Middle-earth can become reality in the form of a New Zealand holiday. We want to ensure New Zealand’s association as the home of Middle-earth lives on long past the release of the final film.”

The first two winners were chosen from the Comic-Con crowd – Kris McMeans, 25, from Austin, Texas and Morgan Burgener, 18, from San Diego, California.

Contest winners will land in Auckland, the “City of Sails”, rated the third most liveable city in the world, before embarking on a specially designed itinerary to recognisable ‘filmscapes’ -the highlight being a special visit to Hobbiton, the famous movie set at the heart of both The Lord of the Rings and The Hobbit Trilogies.

Now New Zealand’s fastest growing tourist attraction, Hobbiton is nestled in a working sheep farm near the small town of Matamata in the Waikato region. Fans will enjoy a private tour through the 12-acre site, with a close-up look at the 44 Hobbit homes.

The Hobbit Fan Fellowship will also visit other key film sites throughout New Zealand’s Middle-earth chosen by Sir Peter Jackson for his epic trilogies and experience those locations tourist attractions. Tourism New Zealand says this proves the stunning backdrops featured throughout both trilogies are not just fantasy but real places that holiday-makers can explore and enjoy.

The journey will end in Wellington for the ultimate film fan’s dream – a private screening of the final film, The Hobbit: The Battle of the Five Armies, with Sir Peter Jackson. Fans will meet up with the famous director in his home town “Wellywood”, New Zealand’s capital city, where Sir Peter has based his film empire and which has now become a must-stop for film fans visiting Middle-earth.

About The Hobbit: The Battle of the Five Armies

Directed by Peter Jackson, The Hobbit: The Battle of the Five Armies features a screenplay by Fran Walsh & Philippa Boyens & Peter Jackson & Guillermo del Toro, based on the novel by J.R.R. Tolkien. Jackson also produced the film, together with Carolynne Cunningham, Zane Weiner and Fran Walsh. The executive producers are Alan Horn, Toby Emmerich, Ken Kamins and Carolyn Blackwood, with Philippa Boyens and Eileen Moran serving as co-producers. Production took place at Jackson’s own facilities in Miramar, Wellington, and on location around New Zealand. Post production took place at Park Road Post Production in Wellington.

New Line Cinema and Metro-Goldwyn-Mayer Pictures Present a Wingnut Films Production, The Hobbit: The Battle of the Five Armies. As with the first two films in the Trilogy, The Hobbit: An Unexpected Journey and The Hobbit: The Desolation of Smaug, the final film is a production of New Line Cinema and Metro-Goldwyn-Mayer Pictures (MGM), with New Line managing production. Warner Bros. Pictures is handling worldwide theatrical distribution, with select international territories as well as all international television distribution being handled by MGM.

via Calling all Fans of The Hobbit Movies and Middle-earth – Tourism New Zealand.

You can find out more about our Tour to Hobbiton on our website.

We also have tours to Hobbiton for visitors to New Zealand that are not on a cruiseship. (This one also includes Waitomo Caves.)

Farmland, Hobbiton, Lord of the Rings, Matamata, The Hobbit
0 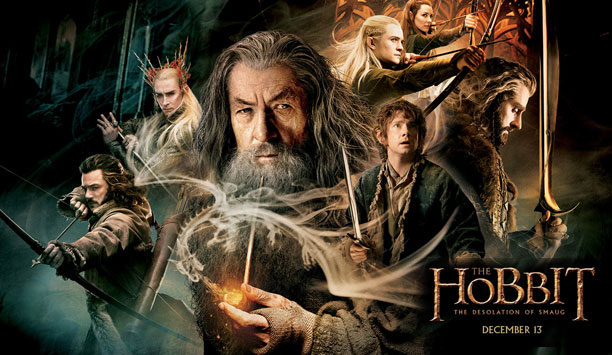 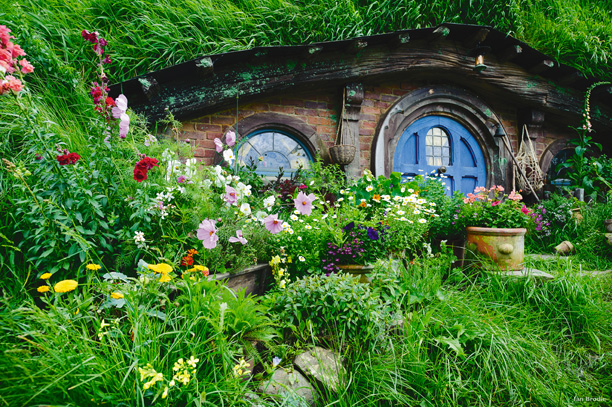